Don’t link me
Don’t hit me when you hear this and tell me your favorite song
Don’t tell me how you knew it would be like this all along
I know the truth is you won’t love me until I’m gone
And even then the thing that comes after is movin’ on
I can’t even capture the feeling I had at first
Meeting all my heroes like seeing how magic works
The people I look up to are going from bad to worse
Their actions out of character even when they rehearse
Working in the land of the free, the home of the brave
I gotta bring my brothers or else I feel out of place
Breakin’ speed records on roads that these niggas paved
And they don’t like that it’s written all on they face
I don’t know how I’ma make it out of here clean
Can’t even keep track of who plays for the other team
Iconic duos rip and split at the seams
Good hearted people are takin’ it to extremes
Leavin’ me in limbo to question what I believe
Leavin’ me to ask what’s their motive and makin’ peace
Leavin’ me to not trust anybody I meet
Leavin’ me to ask is there anybody like me?

You’ve got me feeling emotions
Higher than the heavens above

Missing out on my years
It’s time when I wish I was where I was
Back when I used to wish I was here
Missing out on my days
Scrolling through life and fishing for praise
Opinions from total strangers take me out of my ways
I’m tryna see who’s there on the other end of the shade
Most times it’s just somebody that’s underage
That’s probably just alone and afraid
And lashin’ out so that someone else can feel they pain
I always hear people complain about the place that they live
That all the people here fake and they got nothin’ to give
‘Cause they been starin’ at somebody else’s version of sh*t
That makes another city seem more exciting than it is
I know a girl whose one goal was to visit Rome
Then she finally got to Rome
And all she did was post pictures for people at home
‘Cause all that mattered was impressin’ everybody she’s known
I know another girl that’s cryin’ out for help
But her latest caption is “Leave me alone”
I know a girl happily married ‘til she puts down her phone
I know a girl that saves pictures from places she’s flown
To post later and make it look like she still on the go
Look at the way we live
I wasn’t hiding my kid from the world
I was hiding the world from my kid
From empty souls who just wake up and looked to debate
Until you starin’ at your seed, you can never relate
Breakin’ news in my life, I don’t run to the blogs
The only ones I wanna tell are the ones I can call
They always ask, “Why let the story run if it’s false?”
You know a wise man once said nothin’ at all
I’m exhausted and drained I can’t even pretend
All these people takin’ miles when you give ‘em an inch
All these followers but who gon’ follow me to the end
I guess I’ll make it to the end and I’ma find out then

You’ve got me feeling emotions
Higher than the heavens above 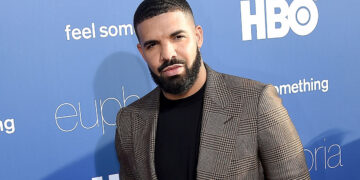 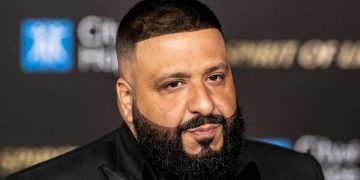