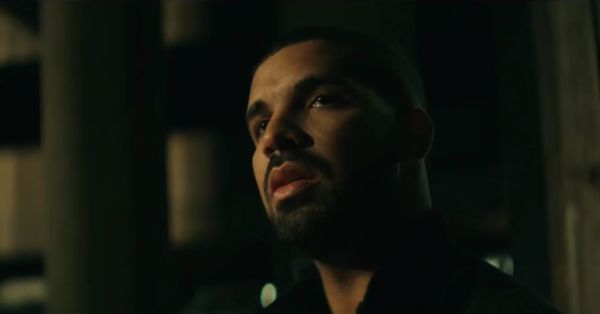 I been movin’ calm, don’t start no trouble with me
Tryna keep it peaceful is a struggle for me

Don’t pull up at 6 AM to cuddle with me
You know how I like it when you lovin’ on me
I don’t wanna die for them to miss me
Guess I see the things that they wishin’ on me
Hope I got some brothers that outlive me
They gon’ tell the story, shit was different with me

She say, “Do you love me?” I tell her, “Only partly”
I only love my bed and my momma, I’m sorry
Fifty dub, I even got it tatted on me
81, they’ll bring the crashers to the party
And you know me
Turn the 02 into the 03, dog
Without 40, Oli, there would be no me
Imagine if I never met the broski’s

God’s plan, God’s plan
I can’t do this on my own (ayy, no, ayy)
Someone watching this shit close (yep, close)
I’ve been me since Scarlett Road (ayy, road, ayy)
Might go down as G.O.D. (ayy, wait)
I go hard on Southside G (ayy, wait)
I make sure that north-side eat
And still

Diplomatic immunity, fuck ‘em
All that peace and that unity
All that weak shit’ll ruin me, fuck ‘em, yeah
‘Cause niggas started talkin’ to me like I’m slowin’ down
Opinions over statistics, of course
Gassed off journalistic
Come at me and all you’ll get is the ballistic report
Booked a private room at Wylie’s, waiter twistin’ the cork
I got multi-colored rings like the Olympics, of course
At award shows, cuttin’ through the tension, of course
Girls huggin’ me then askin’ me, “what scent that is, boy?”
I be walkin’ around the Six, like I invented it, boy
Yeah, who am I? The do or die, the one with the fewest lies
And the truest ties, they try to compare us but
Like a job straight out of high school
There’s no you and I
I taught you everything you know, now you got student pride
All factual
I call the house, the embassy
The studio, the chapel, I hate to travel
I just pulled up on Solana show, the girl’s a natural
I knew her way back when Hollywood was international
Yeah, the furthest I’ve been, that’s word to my ends
Word to the flags that belong in the hood of my ‘Benz
Very presidential, I broke all the codes for zonin’ in my residential
I broke spirits that I never meant to
My body isn’t much of a sacred temple, with vodka and wine
And sleep at the opposite times
Promise shit is gettin’ out of line, like when you make a stencil
Or getting out of line, like when you break a pencil
Violatin’ the treaty of Versailles, champagne is the alias, but no cease and desist in I
I refuse to comply with regulations, I listen to heavy metal for meditation, no silence
Like Sanders on the Detroit Lions
Get a run around and I’ll bury you where they won’t find you
Motor City Casino, I’m at the cage with my old license
They tell me “don’t worry, I got your money” like Osirus
(I’m the Osiris of this shit)
Dirty 30, workin’ on me
Tired of women that may tag me in pictures, airin’ my dirty laundry
Caterin’ is from Giorgio Baldi, Robyn’s favorite
Shit is nice, but I prefer Madeo
Calamari rings and tomato
I got the sauce and now shorty’s keep claimin’ “preggo”
Waking up at 6 PM like “where does the day go?”
Forecastin’ tornadoes, brainstormin’ retaliation at dinner tables
2010 was when I lost my halo
2017 I lost a J. Lo
A Rotterdam trip had me on front page, though
I had to lay low, Hot Topic like your everyday clothes
Closed off but I could never stay closed
Billboard awards, I claimed 13 out in Vegas like Sureños
Black excellence, but I guess when it comes to me it’s not the same though
All goodie, that just pushed me to do the things we all couldn’t
Niggas stakin’ out the crib, it’s all gravy
Protection that God gave me
Shit is complex like short niggas ‘round tall ladies
I gotta watch who I’m talkin’ to like it’s all agents
I’ve seen buddin’ careers turn to sit around and talk about other careers, judgin’ their peers
Knowledge from niggas who did not contribute to none of this here
Cover my ears, my security government tier
Yeah, advance the venue so we know the exits
Check the guest list, if opps make an appearance at least it’s expected
Tell ‘em I don’t want to link like a broken necklace
I’ll be in better company with my own reflection
Mirror, mirror, on the ceilin’ of my suite in the Royal Palace
The TV playin’ Al Jazeera
Inshallah, I hope the mission keeps on gettin’ clearer
Whenever, wherever, OVO will always be together like Shakira 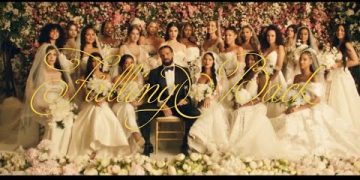